Who’s inside? A conversation with subpersonalities.

An excellent practice for recognizing and sorting inner conflict.

We all have subpersonalities. According to a branch of psychology called Psychosynthesis, these are the aspects of us that uniquely combine to create our personality. For instance, we have different sides of us that are easy to identify. The side that likes to be loud and silly, contrasted by the side that likes to be introverted and quiet. We generally cycle through these phases, allowing all sides of us to find equal expression throughout our lives.

But occasionally our life becomes hijacked by one particular subpersonality who won’t allow the others to express. For instance, the person who feels they need to work 24/7 because this particular “progress” subpersonality feels the others aren’t going to support the wellbeing of the whole (the whole= You). So, although there are parts of the person who want to have fun, relax, loosen up… they aren’t allowed because one aspect of personality has completely taken over, dominating the rest. Although this side of us activates because it believes it knows best, it locks us in an unhealthy pattern of overload, because nobody can work 24/7 to the detriment of developing other areas of their life without suffering for it mentally, physically, psychologically and spiritually.

Imagine for a moment having seven children and never allowing one of those children to come out of their room. They can never speak or communicate and can’t show their face in public. Meanwhile, one of the children is receiving all the attention, to the detriment of the others, who are at least allowed out of their room but barely nurtured enough to sustain. Kind of horrifying to imagine, right? Cruel beyond measure. And yet we do this to ourselves all the time. We exile and suppress certain aspects of us and over-develop another.

The truth is, when we learn to appreciate each aspect of us as part of the whole, our psyche learns to work equally with the whole. This is the basis of holistic healing. No side of us needs to act out (and when a subpersonality acts out it can be in the form of a chronic physical or psychological illness) in a desperate attempt to get our attention.

So this journey begins by simply recognizing our major subpersonalities; getting acquainted with them will take us a long way toward being able to control and ultimately harmonize their energies.

The following exercise will get you started:

1.) Consider one of your prominent traits, attitudes, or motives.

2.) With your eyes closed, become aware of this part of you. Then let an image emerge representing it. It may be a mythological creature, a person in history, an animal, an object, yourself in disguise, a monster…it can be anything. Try to let it emerge spontaneously, as if you were watching a screen. (If visualization is difficult for you, that’s okay–pick an image that comes to you logically.)

3.) As soon as the image has appeared, give it the chance to reveal itself to you without any interference or judgment on your part. Let it change if it does so spontaneously, and let it show you some of its other aspects if it wants to. Get in touch with the general feeling that emanates from it.

4.) Now let this image talk and express itself. Give it space, so to speak, to do so; find out what it wants. Talk with it (even if your image is an object, it can talk back to you. This is your imagination, anything is possible). You now have in front of you a subpersonality—an entity with a life and intelligence of its own. See what it has to teach you.

5.) Open your eyes, and record in a notebook or journal everything that happened so far. Give this subpersonality a name- any name that fits and will help you to identify it in the future: the Complainer, the Artist, the Witch, Santa Clause, the Skeptic, “Jaws”, the Insecure One, the Octopus, the Drunken Sailor, the Clown… and so on.

6.) Finally, write about its traits, habits, and peculiarities and then ask it three questions: a.) What makes you the most happy? b.) What are you not receiving? c.) What are your greatest gifts/strengths that you bring to the whole (“the whole” meaning your identity, and your life)?

7.) After you have identified and exhaustively described one subpersonality you can go on to any others that may be asking for your attention. But take your time and work on each one individually until you feel finished. The process requires simply picking a few more of your prominent traits, attitudes, or motives and then going through the steps. (For example, the part of you who spends too much money, the part of you who seriously resists feedback, etc.)

When we recognize a subpersonality, we are able to step outside it and observe it. In psychosynthesis we call this process dis-identification. Because we all have a tendency to identify with- to become one with- this or that subpersonality, we come implicitly to believe we are it. Dis-identification consists of our snapping out of this illusion and returning to our Self. It is often accompanied by a heightened sense of insight and liberation.

Particularly inspired by:
Ferrucci, P. (2007). What we may be. New York; Tarcher/Penguin 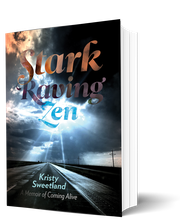 The doorway to instinct and intuition enters through one channel--our body's signal for Yes and No, often described as our Gut Feelings. END_OF_DOCUMENT_TOKEN_TO_BE_REPLACED

It's true, my friend. Small talk can feel painful to an HSP. One thing every Highly Sensitive Person has in common is that across the END_OF_DOCUMENT_TOKEN_TO_BE_REPLACED

I'm not sure how it's feeling where you are right now, but New Mexico is pretty darn hot. Since we live at over 6,000 feet elevation, and END_OF_DOCUMENT_TOKEN_TO_BE_REPLACED